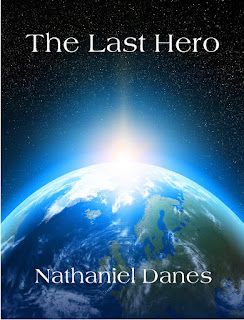 Contact with a race of pacifists convinces mankind to lay down its weapons and keep the peace. The last Medal of Honor recipient, Trent Maxwell, trades glory for the comforts of a family after the U.S. Army disbands. All that ends when an alien menace attacks the New Earth colony, which forces a crash mobilization. Trent finds himself reactivated and traveling through space to distant worlds, in order to stop this new enemy. During the century long journey of death, love, and loss, he also deals with the law of relativity that wreaks havoc with his daughter.

Get it now for FREE

Posted by Unknown at 5:46 AM No comments: